Drawings By Themselves: Portraits of America

Drawings By Themselves: Portraits of America is a multimedia project, 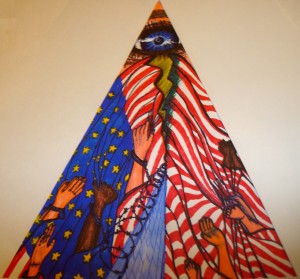 which provides children and parents impacted by U.S. immigration detention with an opportunity to share their stories and their drawings. The title refers to the fact that many of these mothers, fathers, and children are separated from their family; they are alone, and hence, the drawings are done “by themselves.” Through their artwork, these children and parents tell a story about America today. In doing so, they claim America as their own. Listen to the story of Carolina, a 16-year-old girl in U.S. immigration detention. Her story is brought to life with paintings by Marcela Castro, a young mother who was held in U.S. immigration detention and remains separated from her daughter: 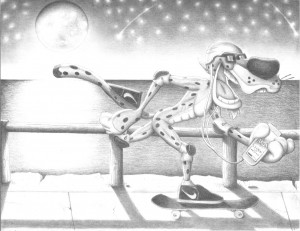 Jairo Melendez was born in El Salvador in 1979. He immigrated to the United States with his family when he was three years old. He has three children who were born in the United States. Jairo is currently detained in Sacramento County’s Rio Cosumnes Correctional Center. He has been in immigration detention for six months. In 2003, he suffered two gunshot wounds to his neck, which has left him nearly paralyzed on the right side of his body. Jairo started drawing for his children about five years ago with his left hand. He explains the drawing (left) as a drawing “for all children in detention and also my kids.” The cheetah from Cheetos chips reminds Jairo of his son, who loves skating and Cheetos. Jairo explains, “The cheetah skates around Santa Monica, California, free and happy like all children should be–with 50 stars in the sky representing 50 states on our flag.” 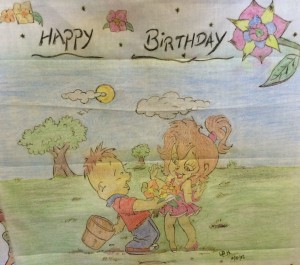 Birthdays In Detention. This year, thousands of young children seeking asylum in the United States will celebrate their birthday in a prison. Alta Gracias and her three children share four bunk beds, one shower, and one toilet with two other families at the new family immigration detention facility in Karnes, Texas. Her children are already suffering the consequences of their incarceration: 10-year-old Ana has angry outbursts or fits of sobbing almost every day, 9-year-old Victor has become sullen and withdrawn, and 2-year-old Martín takes out his frustration by hitting other children. The children have been in immigration detention for six months, meaning that Martín has spent a fourth of his life now behind bars. All of them have lost weight. When friends come to visit, the children no longer ask to be taken away from the prison. This silence is devastating for Alta Gracias. Prison has become a normal place for her three young children. For Alta Gracias and her children’s full story, read more at Alas Migratorias. 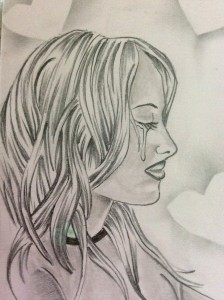 Rosslyn and her 3-year-old daughter fled Central America because Rosslyn feared for her life as a lesbian living in a country that did not protect her from abuse because of her sexual orientation. From an early age, Rosslyn was harassed and intimidated because of her sexual orientation. People would throw rocks at her and and threaten her harm. She was pressured to engage in sexual activities with men in order to “make her straight” and was raped on several occasions. Rosslyn was eventually forced into a relationship with a man who raped and abused her, but was able to escape when she was 3-months pregnant. She couldn’t risk filing a police report out of fear that the police would also hurt her. Rosslyn fled to the United States where she and her 3-year-old daughter were detained in Artesia, New Mexico. She and her daughter were given a $10,000 bond, which they could not pay. On October 22, 2014, Rosslyn was granted asylum thanks to AILA’s volunteer Artesia Project. 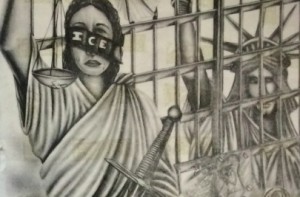 Detention Separates Families. Since June 2014, family immigration detention has expanded by 1200 percent in the United States. The U.S. immigration detention system as a whole continues to separate families. Orlando Arzate was imprisoned at the Adelanto Detention Center after seeking asylum, and his nephew Luis Bravo was arrested by ICE at his home in Costa Mesa, California. The Arzate/Bravo family’s experience represents the U.S. government’s attack on immigrant families. Congresswoman Judy Chu presented the Arzate/Bravo family with Congressional Certificates of Recognition in honor of all families who have been impacted by U.S. immigration detention, during a forum CIVIC and Neighborhood Unitarian Universalist Church hosted on November 2, 2014. Listen to the family’s story here: 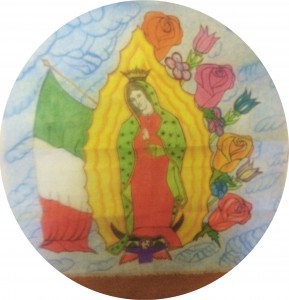 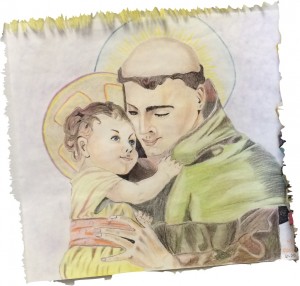 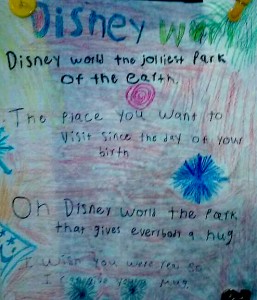 Unlike Jesús whose father, Orlando, was ultimately released from detention, Jamil’s parents were detained and deported. When Jamil was 9 years old, he went to Disney World with his family for the first time–a vacation he had dreamed of for many years. Two days after his family returned home from Disney World, U.S. Immigration & Customs Enforcement (or ICE) came to his home in Jersey City, and took his father away, placing him in immigration detention. Later, immigration officers came back to his home and took his mother away. Eventually, ICE took his 12-year-old sister. His entire family was detained and eventually deported. Jamil was only 9 years old at the time. Through his tears, Jamil swears to bring his family safely back to the United States one day. For Jamil’s full story, click here. 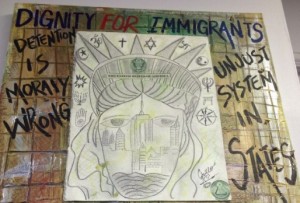 DOWNLOAD THE VIDEOS, AUDIO FILES, & ARTWORK
CIVIC gives you permission to broadcast or re-publish the videos and audio recordings as well as publish the artwork and stories, as long as the content is used in a legal and accurate manner and with attribution to “Endisolation.org/child-detention-stories.”

CREDITS
Community Initiatives for Visiting Immigrants in Confinement (CIVIC) produced Drawings By Themselves: Portraits of America in partnership with the International Detention Coalition, Lutheran Immigration and Refugee Service, and the Global Campaign to End Immigration Detention of Children. The project was launched at the Church Center for the United Nations on November 20, 2014, in honor of the International Day of Action to End Child Detention and the 25th anniversary of the United Nations Convention on the Rights of the Child.

Artwork: The artwork featured in this project is entirely from mothers, fathers, and children in immigration detention. Special thanks to Friends~Amigos Fieles and First Friends of New Jersey & New York for their help in gathering the artwork. The film, Drawings By Themselves, was animated by Marcela Castro, a mother formerly in U.S. immigration detention.